Okay,  I acknowledge that I have gone overboard with the “groove” thing.  And, especially given that some of you may not have a connection to the songs of my youth that I have stolen the lines from.  I promise, this is the last one!!  Its not a stretch though as I really do think “groovy” is a great word that holds dimension for me – in meaning, metaphorical concepts, mood and emotion as well as nostalgia.  Frankly, I’m kind of sad that it wasn’t a word that endured the test of time!  At any rate, my mood has been “groovy” this week and it’s fun and enjoyable, like the season of spring personified! 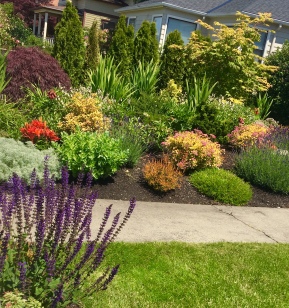 Maybe that’s where its emanating from since I am surrounded by the flamboyant colors and textures of our region’s stunning sun kissed fanfare!  So much love and care is evident in residential and commercial landscapes and even the “volunteers” I see in unstructured areas are a delight to behold, such as wild roses, dogwoods and golden chain trees, lupines and other wildflowers, berry vines and butterfly bushes.  And the ferns!!!  They are of course Everywhere in our Pacific Northwest, yet I never tire of their vibrant green hues and the variety of of their fronds.  The myriad of brilliant bird species flying, swooping, perching, paddling, serenading and displaying their brilliant feathers astound me and add the sunshine and refreshing rain showers to the mix, it all serves to make me feel alive and supremely happy and, well, Groovy!! 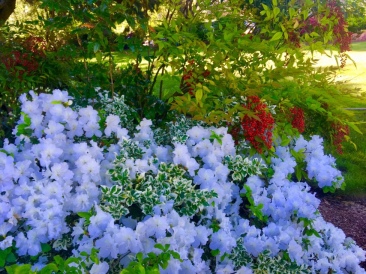 This last week I have been able to start most days with a workout at my gym where I also enjoy seeing my peeps.  On Tuesday, June 5th I walked 8.1 miles from my condo and then across the 520 bridge again with a fun friend.  When we reached the University of Washington, her hubby and mine picked us up in our little power boat. We enjoyed the special perspective that is unique to being on the water looking up, out and about and then we tied up at the Ivar’s Seafood dock to have salmon, fish and chips, halibut and shrimp!!  It was a bit chilly but nothing beats breaking bread outside with special friends! 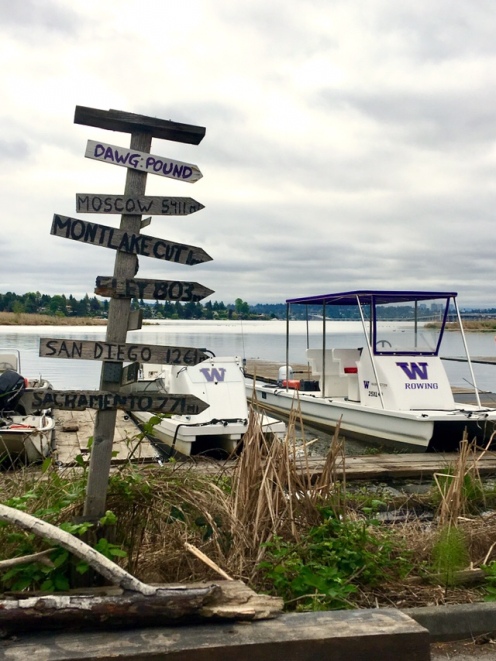 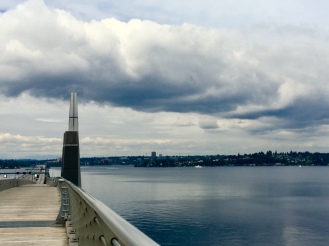 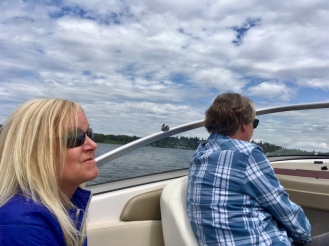 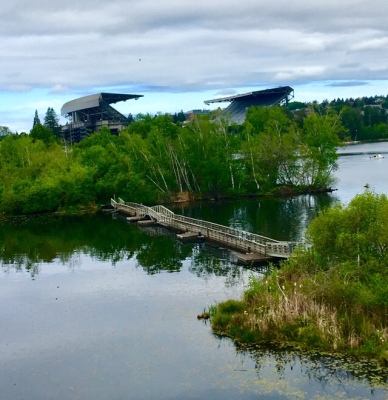 I have a fabulous book, “Seattle Stairway Walks, An Up-and-Down Guide to City Neighborhoods” by Jake and Cathy Jaramillo.  Here is an excerpt from the introduction: “Without doubt Seattle has some of the most complicated and beautiful urban topography in the country.  First time visitors are sometimes surprised by this, but most locals are used to living with natural barriers all around: hills, like Capitol Hill and Queen Anne, bluffs, like those overlooking Lake Washington and Puget Sound; canyons, like Ravenna Ravine and Deadhorse Canyon; and multiple bodies of water like Green Lake, Lake Union, and the Ship Canal.  This complicated topography gives Seattle a distinctive look and feel, and it also makes for lots of stairways, many of them constructed more than a century ago.  Stairways used to perform a workaday function in neighborhoods all over town, getting people from house to trolley stop in the morning, and back at night  Since then they’ve become our neighborhood scenic byways, and this book is all about exploring them.  On these stairway routes you’ll find there isn’t one ‘best view’ in the city.  You’ll see great views and make new discoveries around every corner- maybe even your own!”  We have undertaken several of the walks over the last couple of years and have loved every single one of them and definitely made many new discoveries along the way! 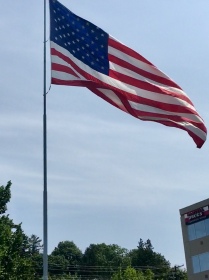 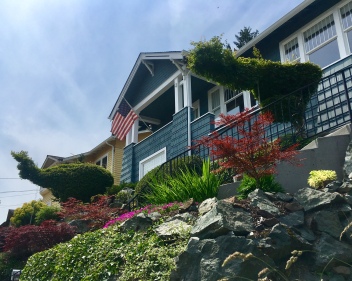 So on Wednesday, we headed over to West Seattle to walk #19 in the book, “Longfellow Creek and Pigeon Point.”  We trekked 2 miles, 314 steps up and 274 steps down, for a very enjoyable urban hike.  “Along the length of Puget Ridge grows the largest forest in Seattle, preserved as the Duwamish Greenbelt”.  And, “Seattle Parks considers Longfellow Creek to be one of only three major ‘free-flowing’ streams in Seattle – it’s exposed to daylight along two-thirds of it’s length.” Starting out on the Longfellow Creek Legacy Trail which “featured some vivid public sculptures”, we ambled through some cute neighborhoods with colorful yards, mature landscaping and peek-a-boo views of downtown Seattle, even passing by a Seattle landmark, the former Cooper School, which was designed during World War I in the “Renaissance Revival style” and is on the National Register of Historic Places. One wooded area had several heron nests above our heads in the trees (mucho bird guano underfoot) and all in all, it was a beautiful day in the neighborhood! We concluded with yummy sandwiches at Husky Deli! 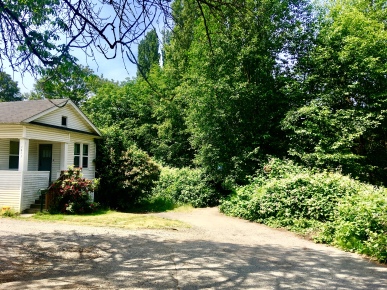 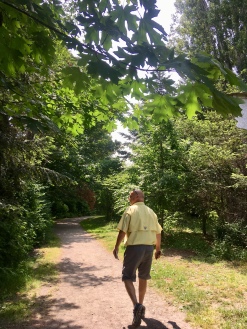 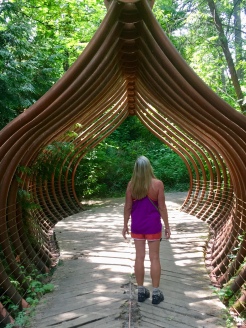 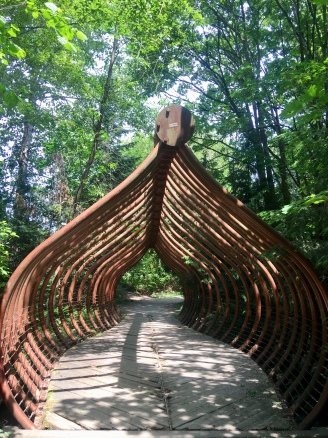 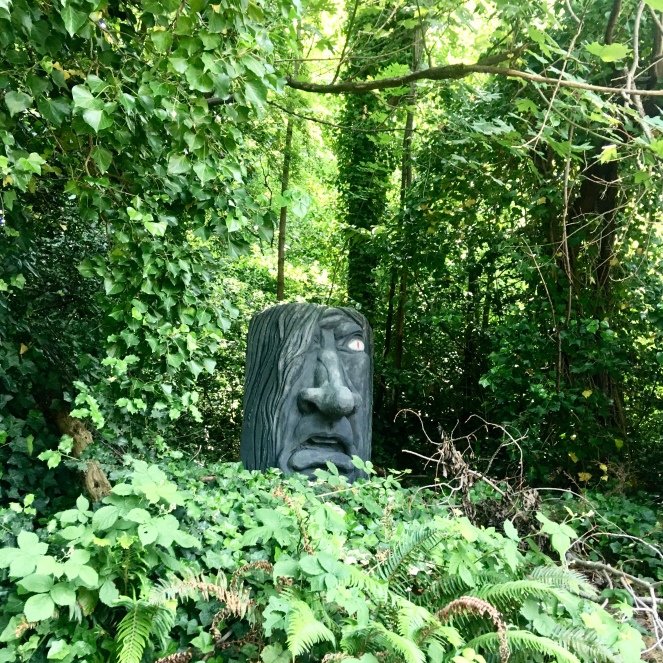 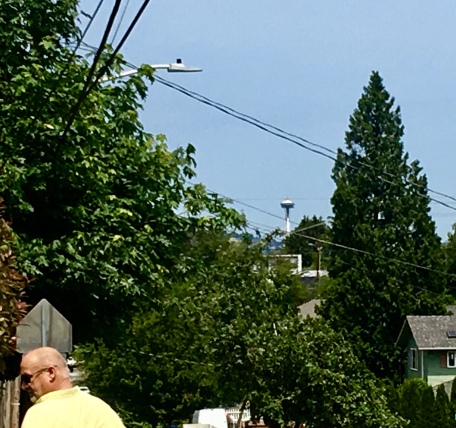 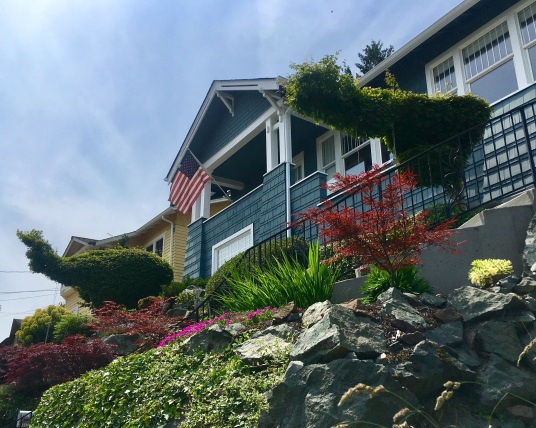 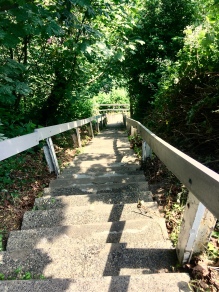 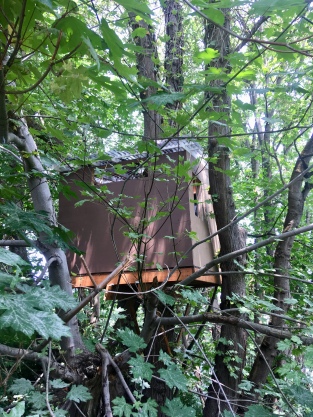 And THEN – Thursday!!!  My hubby who would turn the Senior Citizen Birthday of 65 on June 8th, wanted to begin his birthday celebrating early (with my support) suggested we go to Whidbey Island in the San Juans for dinner – which involved a ferry ride!!!  And an AMAZING Farm to Table dinner opportunity at Orchard Kitchen!!  We were so Impressed!! 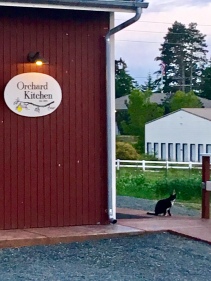 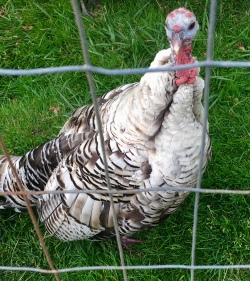 We enjoyed an AMAZING dinner of quail, local berries and produce at community tables where we serendipitously met others so much like ourselves!  Two of the women are running in the Seattle Rock and Roll marathon this weekend!  I feel so Spoiled!!! 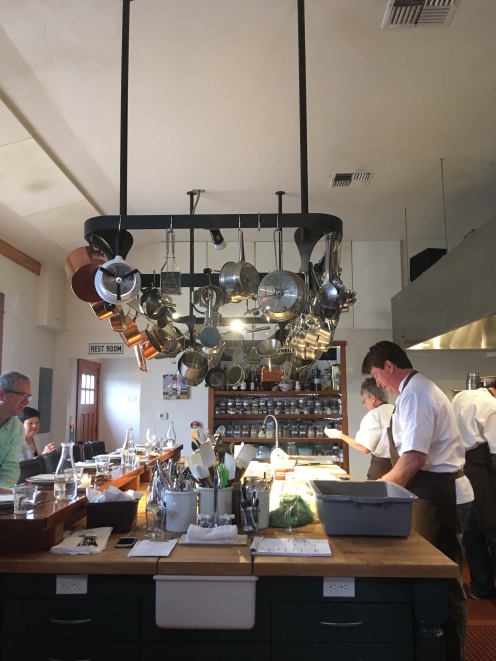 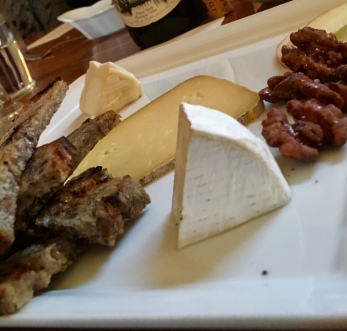 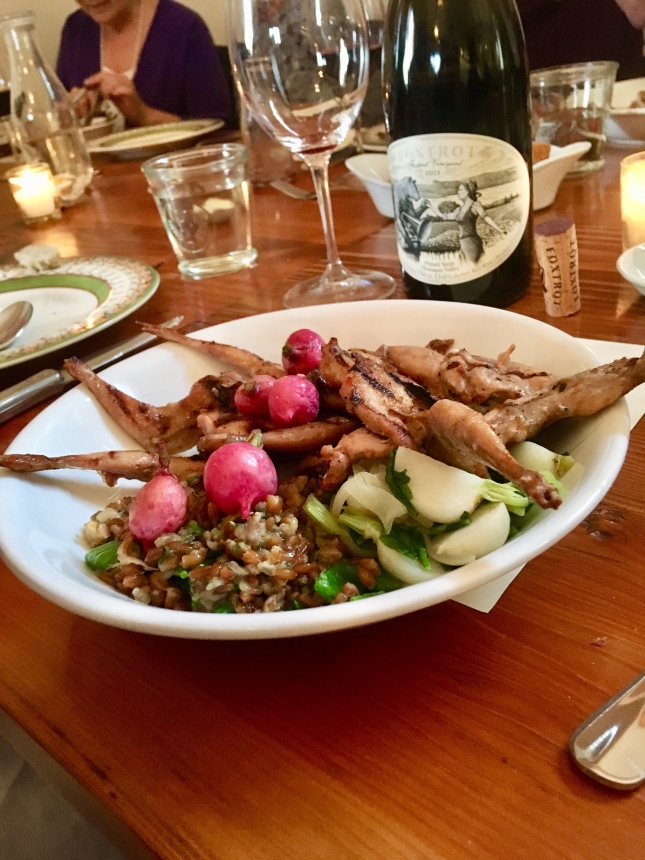 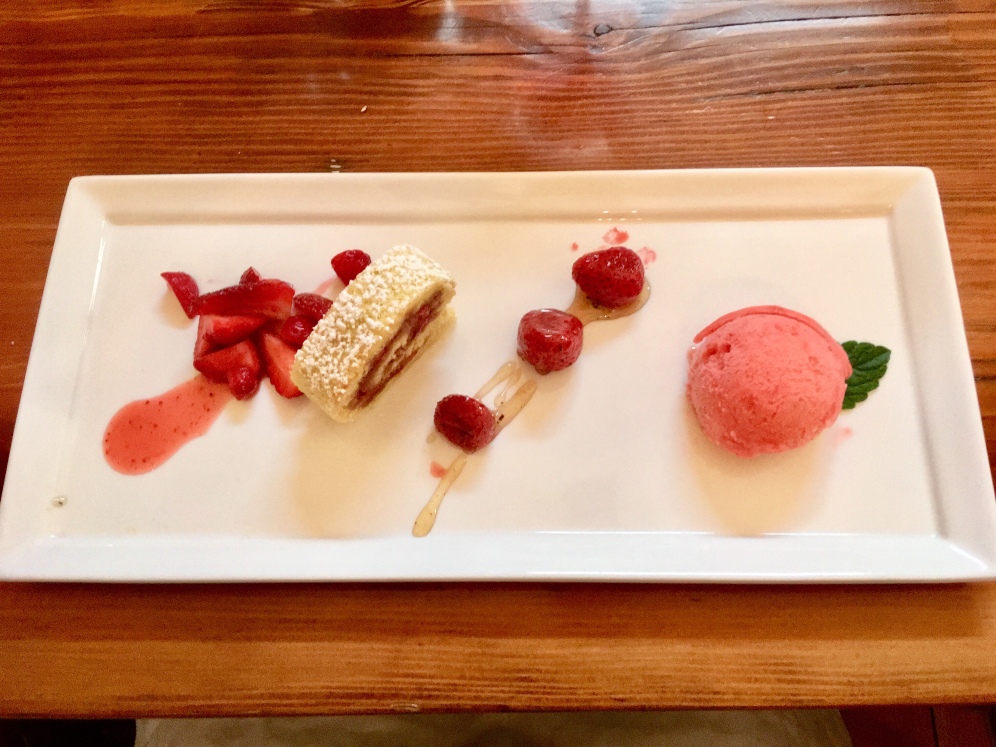