Today as I headed to Cordoba (my home for the next two nights), I caught a train to Madrid, took a subway train to another station across the city and on to another train bound for Seville. To be humbly honest, I was pretty nervous about it all, because as I’ve said, my Spanish is minimal (and it’s Mexican Spanish at that) and it is rare that I have found anyone who even speaks a little English. Add to that my observational skills seem to lean more toward beauty and humanity rather than to logistical details – well, I’ll confess, my confidence was lacking. 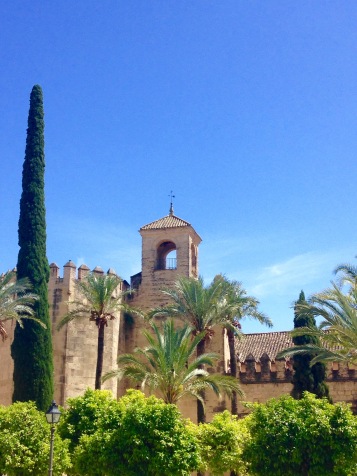 I know that several reading this don’t believe in the power of prayer or in having a relationship with God, but I do and I totally turned my navigation over to my Shepherd. It wasn’t one and done, because fear crept in, but each time I “let go and let God”, I felt immediate calm.

After arriving in Madrid, a train station attendant walked me personally across the entire bustling corridor to my very gate and even managed to communicate to me that I was the third stop in. The other Madrid station was far more confusing and crowded, much like an airport, but showing several kind souls my ticket asking, “dońde?” I managed to get out of the subway (with no exit ticket to put in the machine having missed that step somewhere along the way), upstairs, down a long hallway and through a couple sets of sliding glass doors, through security and to the departure area where the monitor finally noted our platform only 10 minutes before departure! And, I was actually in the wrong coach for about five minutes, but I figured that out when my eyes luckily rested on an identifying screen…

And I made it to Córdoba!!! This may be my favorite city yet – which is saying a lot!! 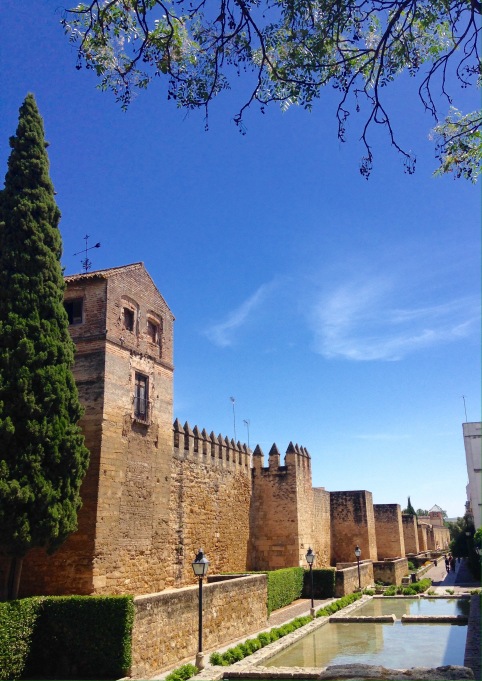 Córdoba was an important Roman city and a major Islamic center in the Middle Ages. It’s best known for La Mezquita, an immense mosque dating from 784 A.D.

I made my way through one tiny, winding street after another, over the massive Roman Bridge and by a number of impressive historic buildings. 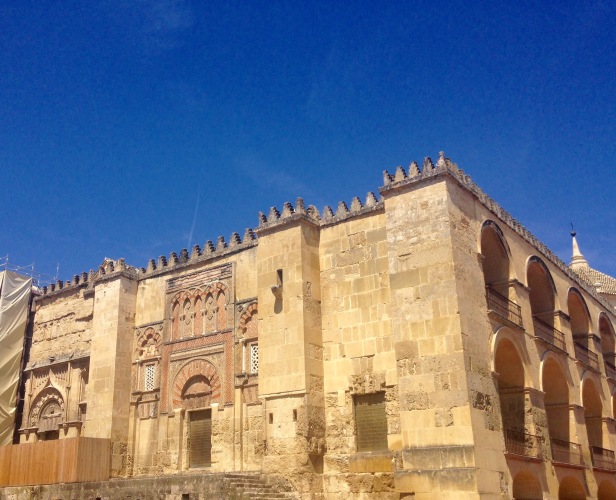 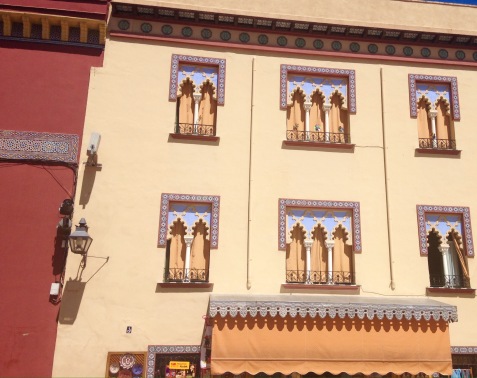 Then I headed in the opposite direction and happened upon legions of clothing, shoe (they do love their zapatos here in Spain) and pastry shops as well as many bars/cafes. I did not find a grocery store which was my goal, but did come across a very cool Mercado with many stations of a variety of prepared foods and it was hoppin’. Lots of people out and about for a sunny, 80 degree Tuesday afternoon! I tell you what though – I AM POOPED!! All this navigating is exhausting!!! 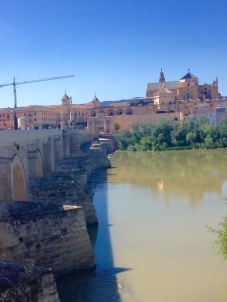 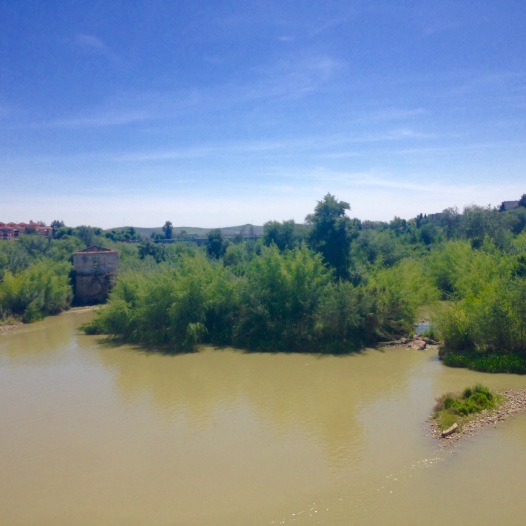