On the road again!!  We had enough time after arriving home from Europe yesterday to accomplish laundry chores, have a light dinner, enjoy a gorgeous sunset and watch the Exciting Thursday Night Football game!  This morning our packing for British Columbia, Canada is a bit different from the 80+ degree temperatures we experienced daily in Europe as our highs will range from 63 degrees on day one to a  high of only 48 on day three!!  Lows are projected to be in the mid to high 40’s and rain on our FOG (Festival of the Grape) Sunday. 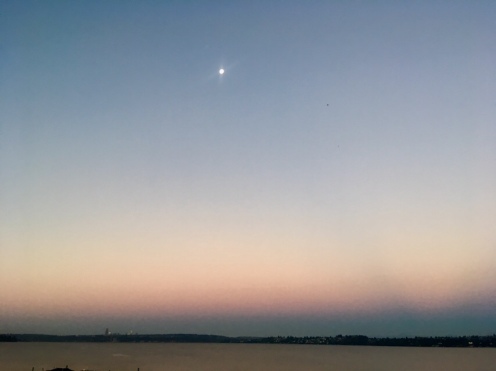 The drive is long, yet lovely across Stevens Pass and through Eastern Washington and then across the border beyond Okanagan from Oroville, Washington into Osoyoos, BC. The previously burned out forest before Leavenworth was burgeoning with color and it eventually unfolded into undulating hills of “earth tones” (ummm, precisely where this phrase comes from) of brown, beige, fawn, sepia, copper, straw, amber and the like. 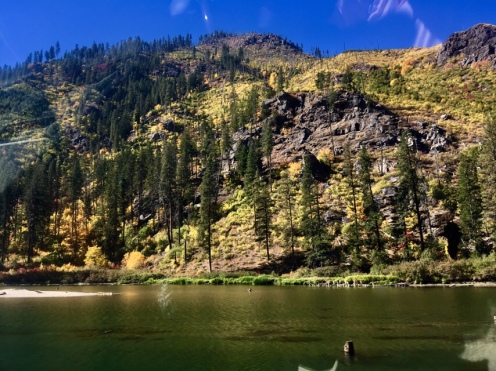 Of course we ALWAYS have to stop in Leavenworth for a bratwurst at Munchenhaus! So delicious and worth the long line wait.

“A room with a view” has been taken to the next level! Our launch pad for the next three nights, Burrowing Owl Estate Winery and Guest House (ten HUGE, sumptuous and gorgeously appointed rooms – with fireplaces, jacuzzi tubs, bathrobes and patio), is nestled into the 140 acre vineyard, overlooking a pool and valley with a mountainous backdrop, and is the perfect place to reconnect, retreat and rejuvenate. Or go taste copious amounts of wine! 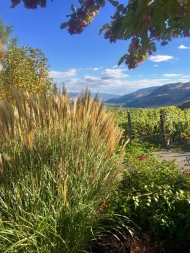 Burrowing Owl Estate Winery is closely affiliated with charitable organization, “Burrowing Owl Conservation Society” and besides countless hours of owner and staff volunteer hours, 100% of the winery’s $5 tasting room fee goes to the organization and now constitutes most of the Society’s annual funding to help this endangered species.

Burrowing owls are small and sandy colored with bright yellow eyes. They live in grasslands, deserts and other open habitats where they hunt mostly insects and rodents. They nest underground in burrows often left by ground squirrels, badgers or coyotes. Burrowing owls are somewhat unusual members of the owl family from Canada and the northern United States with a long migrating route taking them as far away as Southern California and Mexico. They tend to be active during the day with hunting at dusk and dawn. They use their exceptionally long legs to sprint after prey on the ground. They are unusually social birds during the breeding season, preferring to live semi-colonially with other burrowing owls.

In 1980, the burrowing owl was declared extinct in the province of British Columbia. Thanks to work and programs of the Society, 50 owls returned to BC from migration in 2015 and 40 owls returned in 2016. I gathered this information from a brochure in our room. Check out their website at burrowingowlbc.org for current details. 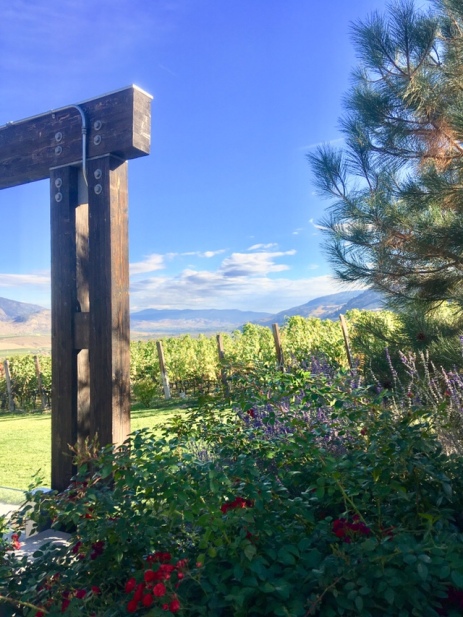 We met a couple in Zihuatanejo, Mexico that we have since cultivated a friendship with – Ted and Marge. They live in Toronto and two years ago we joined them for a Blue Jays game, a day at their St Catherine’s “pond” front condo and wine tasting there as well as in the Canadian Niagara Falls area. They will be visiting and staying with us in Kirkland in two weeks! Their son is a chef in Oliver and for the third time we have enjoyed his culinary creativity and superb grilling skills at the Miradoro at Tin Horn Cellars – such a small world!! We had a wonderful bottle of their local wine, a kale salad, basil risotto for Bill and salmon for me. Chef Jeff also treated us to a burrata cheese and foraged mushrooms dish – all so colorful, perfectly prepared and satisfying!!! 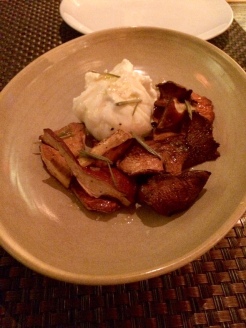 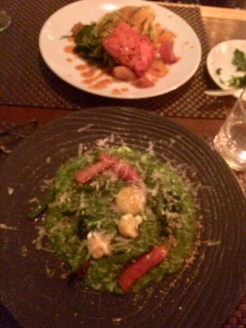 The stars are out and mostly a full moon – Hallelujah!!!