Yesterday I walked 27.1 kilometers (16.8 miles) SHARPLY downhill most of my trekking day, from Foncebadón to Ponferrada. I walked through the cute, quaint “typical Maragato mountain villages with slate-roofed houses” of Manjarín, El Acebo, Riego de Ambrós, Molinaseca and Campo. The vistas were astounding!!! According to my guidebook, “this section is characterized by the wild and rocky Cantabrian Mountains and the sheltered micro climate in the valley of El Bierzo. The trail passes through a region of the Maragato culture, centralized in about 40 villages around Astorga. This mysterious group is rumored to be descended from the Berbers of North Africa, who arrived with the Muslim conquest in the 8th century and later converting to Christianity. Maragato men traditionally worked as muleteers, mule drivers who transported goods (especially fish and gold) around the peninsula. 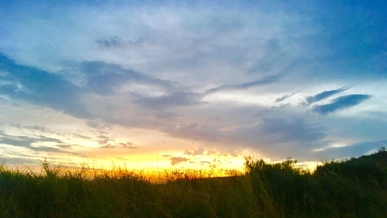 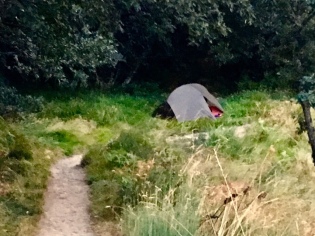 The Bierzo Region has come into its own as a wine region and in 1989 became it’s own DOC (Denominacion de Origen). The low altitude makes it possible to harvest the grapes up to one month earlier than other regions. Local architecture becomes quite interesting as the trail enters regions with Celtic influence” (A Village To Village Guide To Hiking The Camino Dke Santiago by Anna Dintaman and David Landis). 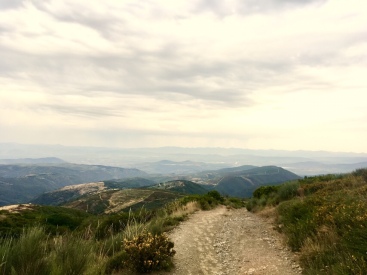 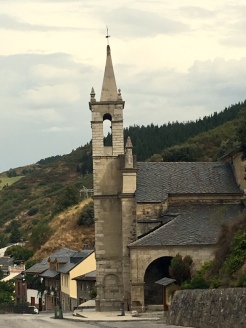 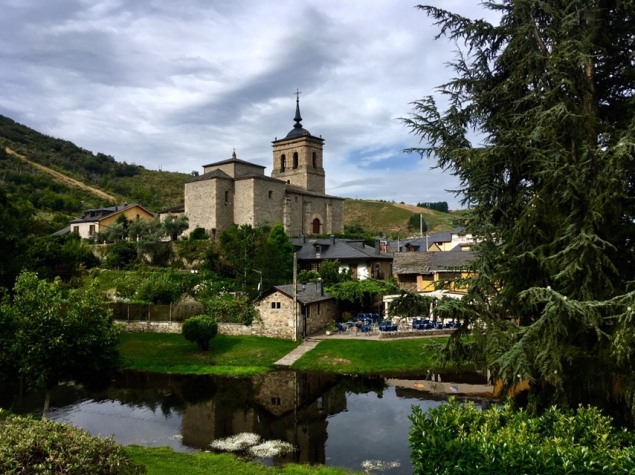 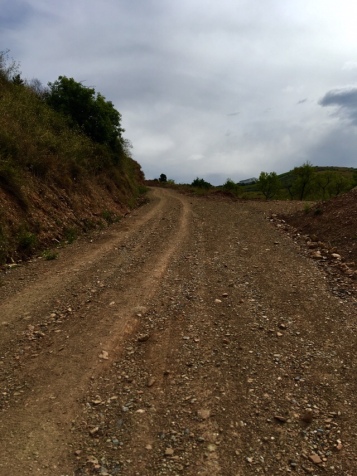 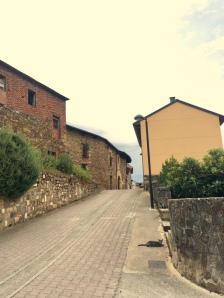 Walking through the pink heather amidst the vast rolling hills and vineyards was thoroughly a pleasure!! And then as a reward in Ponferrada – I came upon a Templar castle! It was built in the 13th century over a destroyed Visigoth fort, which was built over a Roman fort, which was built over a pre-Roman Castro! Soon after its completion, the Templars were banished. The entrance is impressive with a coat of arms over the door. 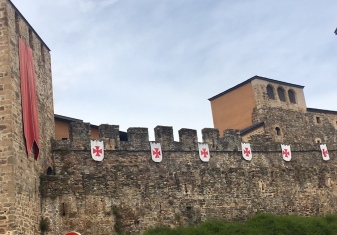 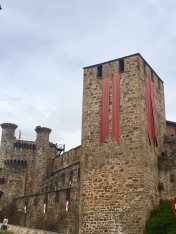 Today it was a shorter day at 24.2 kilometers (15 miles) from Ponferrada to Villafranca Del Bierzo, through Compostilla, Columbrianos, Fuentes Nieves, Camponaraya, Cacabelos, Pieros and Valtuille de Arriba. I happened to be leaving the city at 6:15 a.m., the same time as “Shawn” (A man from Galicia who says that is his Americanized version of his Spanish name). I have seen him off and on every day for the last week! He is, regretfully, one of those smokers a few days back when I had such a major headache. We’ve also had a heated conversation with differences of opinion. He carries an ukelele with him, but I have not been fortunate enough to hear him sing and play.  He was delightful to walk with for the majority of the day and the time flew by quickly. I thoroughly enjoyed his company!!  He spoke excellent English though he says it was exhausting, and didn’t feel it was of high-quality – yet I thought it was fabulous! We walked together until he left me in the dust on the hills at the end! 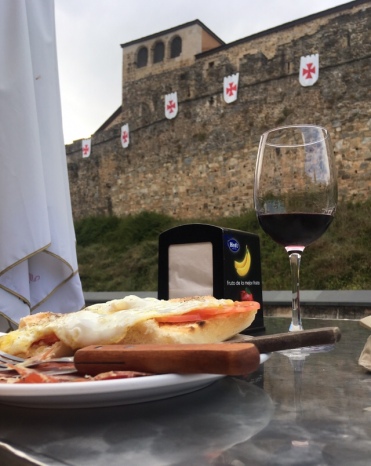 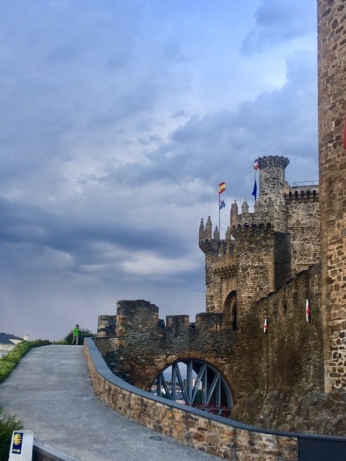 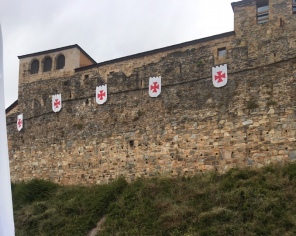 Coming into Villafranca Del BierzoI I was also surprised by another castle! And many medieval buildings in the hilly and narrow laned town. Unfortunately, the buildings are not open to the public, but were magnificent to view from the outside!! 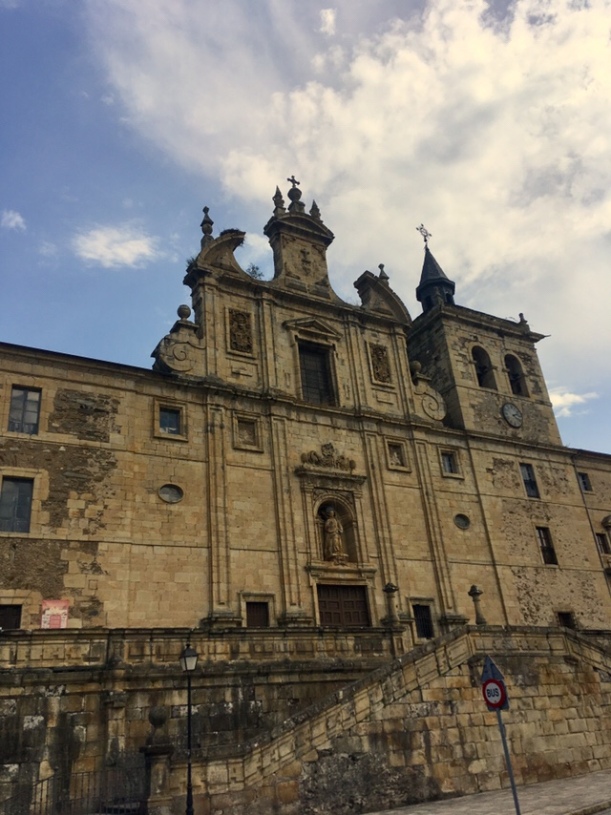 Tomorrow looks like I may have rain for the first time this trip. Part of me is looking forward to a cooler day, but I’m kind of liking the position of my raincoat, convertible pants and blanket at the bottom of my backpack, undisturbed! 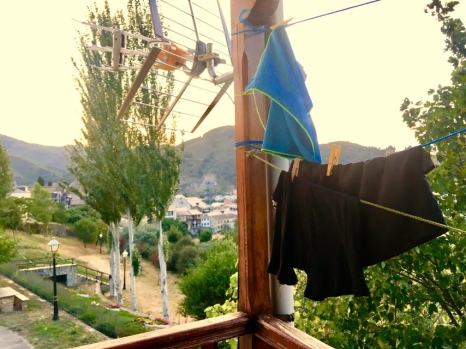 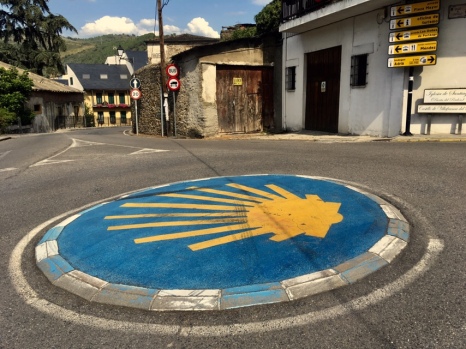