Leaving my home base, which by the way has Spain’s Kilometer Zero, the point from which all distances in Spain are measured, I walked west to Plaza Mayor built in the 15th century.  On my way I passed some amazing buildings and a park, however, as  I was kind of lost by then –  (Jeff Probst would say:) I have nothin’  for ya.   I  CAN tell you that I stumbled into the Mercado de San Miguel,  and I am happy that I did! It was very crowded with people getting their tapas and vino tinto/cava and it was an exciting vibe!   I enjoyed a glass of cava myself, as well as some marinated olives wrapped in prosciutto and also some of the popular Spanish jamo’n Ibe’rico –  Deliciouso!! 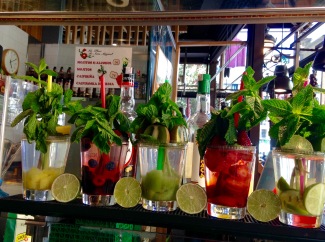 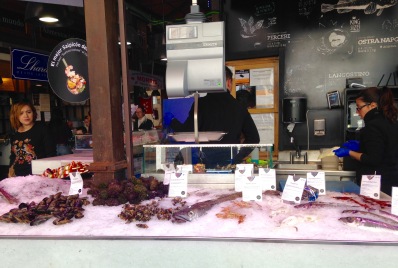 I have no  idea how far I walked today, but it will probably rival one of my “official” “Camino” days!  I say “official”, because I will be traveling on a set route next week, but in actuality, I am already underway on my own personal camino. I was pretty much walking from 10:30 to 2:30 and then from 3:30 until 7:30.   The last hour was due to getting lost again… Some (you know who you are) might say I am a poor navigator, but I swear – none of the streets have signs and the maps are horrible!!  It’s tough being a blonde…  All part of that Camino though!   I decided to be adventurous  while sitting on the Plaza Mayor,  enjoying the sun (sorry to rub that in, Homies) –  and I ordered some little fishes in garlic sauce and a “selection of calamari”. 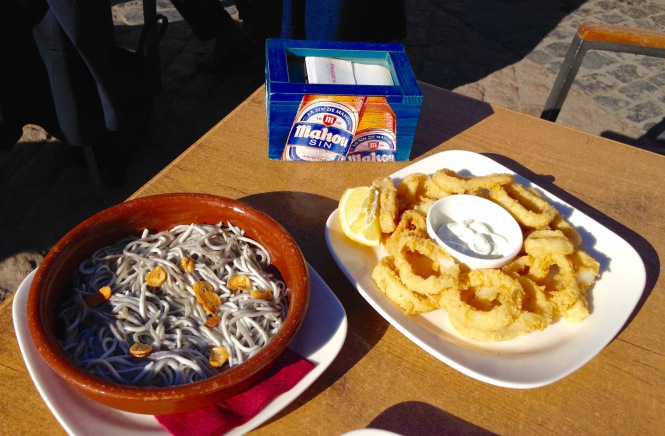 I was not expecting  the calamari  to be breaded,  and though it was tender and enjoyable, it wasn’t all that different from something I would get at home. And the little fishes… Well, they were swimming in garlic and, umm, I wouldn’t order them again… They were however, tasty – in a squishy, garlicky kind of way, I must say!

There were so many great pictures to take today, but the sun was shining so brightly, and as I tend to look up to take my photos, I was just blinded and unable to capture many of what my heart wished that I could (apologies for rubbing that sunshine thing in again…) 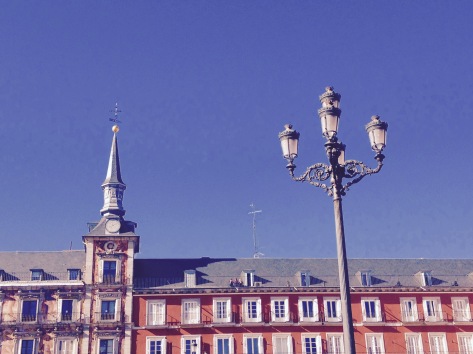 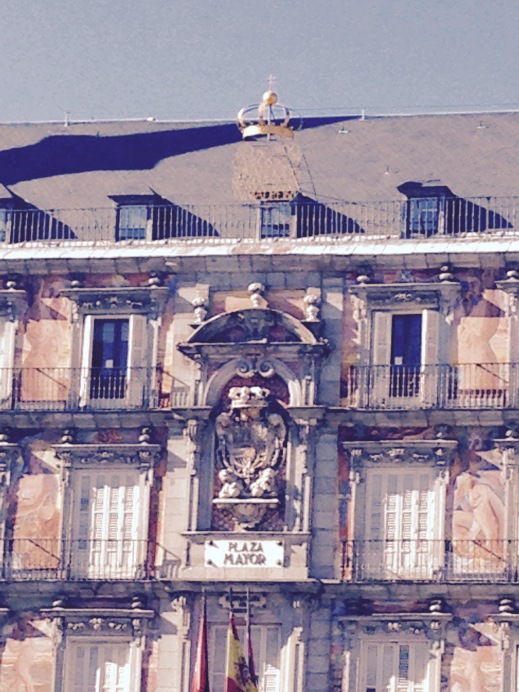