Day 24 – Today was weird – I woke up to find that Mary Beth, the last of my tribe of eight (other than Mitzi and Ryan who I’ve been hanging with) – a vibrant young woman who I enjoyed talking with many times along “The Way”, had moved on and I did not get the chance to say “fare thee well” to her…. Also, the majority of the other group headed out before I awoke and the remaining three before noon.

Mitzi and I decided to hit the noon Pilgrims’ Mass at the cathedral and it was so worth it!! There seemed to be hundreds of pilgrims and we ended up right next to our Polish and Spanish comrades from early on. And during Mass the Botafumeiro was swung back and forth, high and low across the narthex.  This is an ornate holding vessel of incense which was done daily at the Pilgrim Masses in times past but now only occurs when a group (Australia in this case) contributes a considerable donation towards the cause. 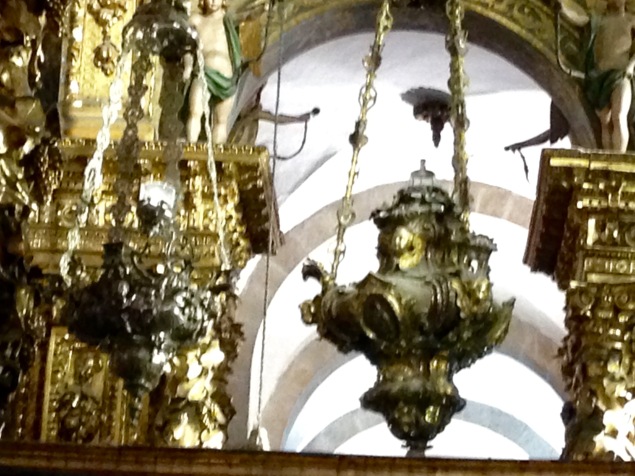 Ryan was back to work mode but we met him at the Mercado before his day got started. We had hoped to pick out a fish to have prepared, however, they were booked several hours out.

We settled into a place that had tapas, and it was a supreme experience! We had the most unbelievable mussels, as well as razor clams – yet the barnacles (you got this – barnacles!!!!!) were SO AMAZING!!! OMG, I can still taste them!! They tasted like the ocean – even more than oysters – which I also love!!! I wish we could get these at home! I think they are Galician coast fare, but they are so amazing and I highly recommend them! 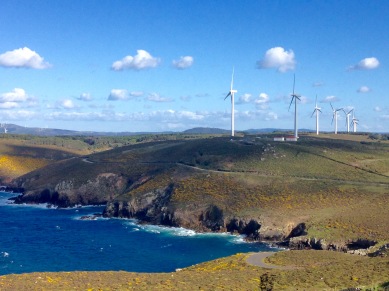 Mitzi had a Rick Steve’s walking tour of the cathedral, which we chose to do and it was well worth our time! The cathedral is amazing! Unfortunately for us, but great for the ages, it is under construction. (Amazingly enough, we had a chance to see the actual construction of this cathedral by the same amazing architect at the Monastery we stayed at earlier. The cathedral that we took a tour of, was exactly The same as at Compostela – now not available to tour) 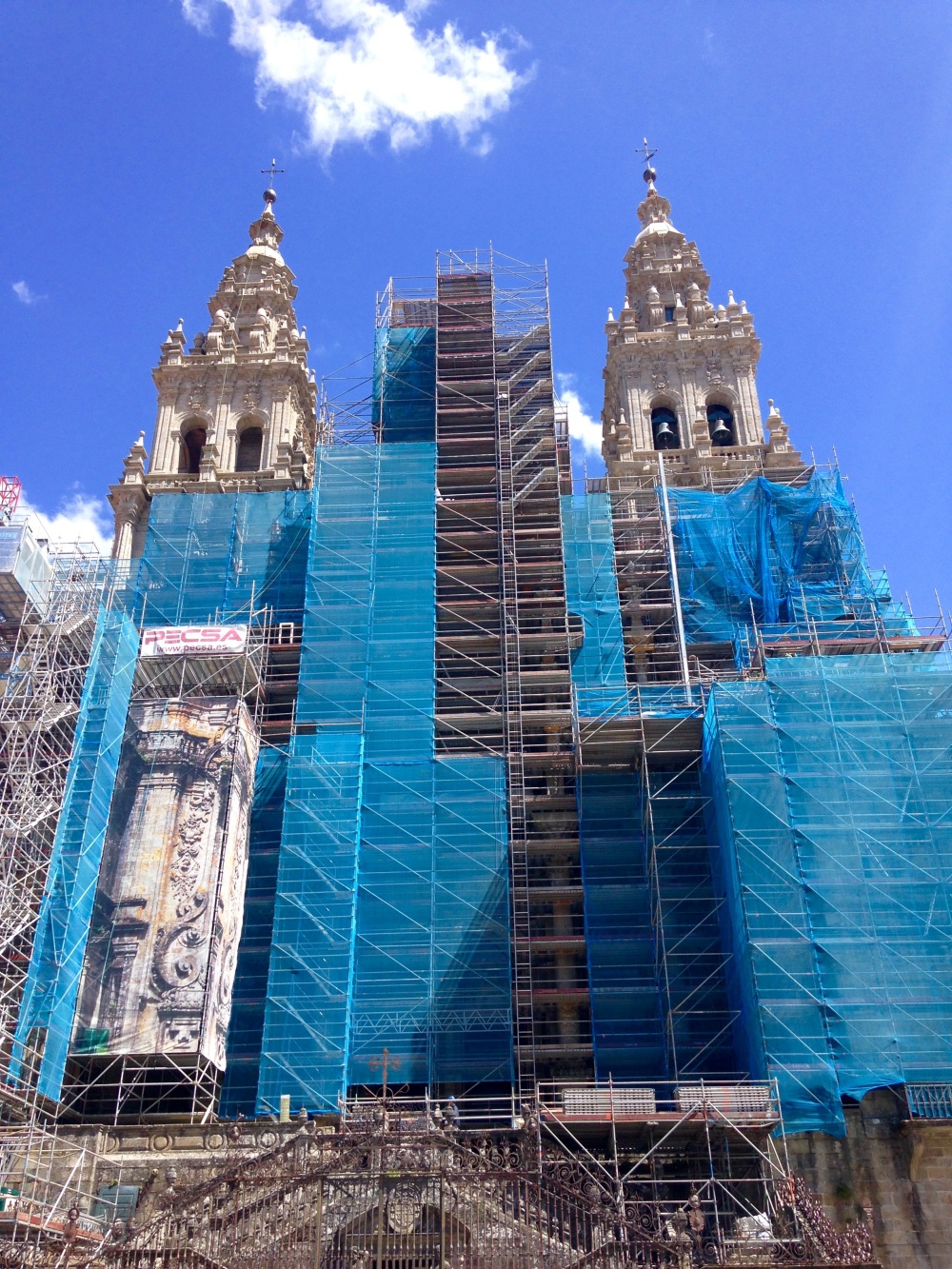 We had a little down time, but basically we just wandered around, and then met Ryan for dinner at a family run restaurant that seemed to only have us as their customers. We had a great dinner, and then hoped to see the “tuna singers”, but they ended up not being available and it was so cold and windy that we just all went our own separate ways home. Am I in paradise or what?! 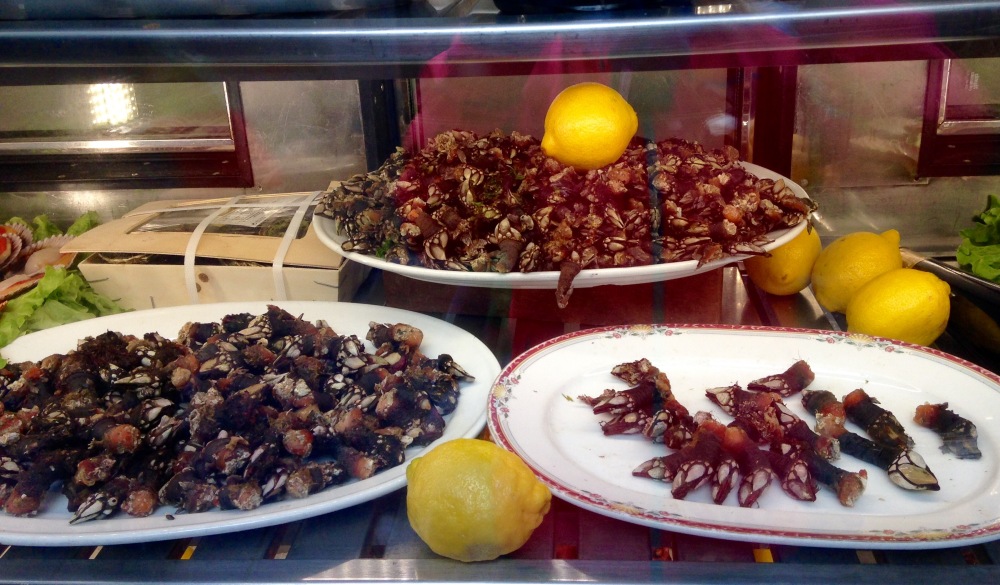